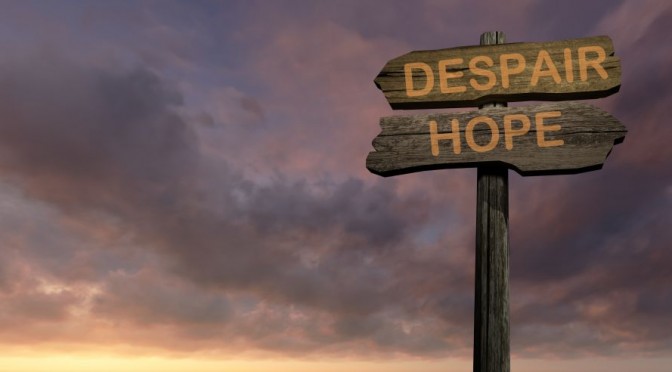 In one episode of “House”, when Dr House was debating with his team on a terminal case, the good doctor scribbled on the board:

Since then, I discovered that this is the Kuebler-Ross Model (ref: Wikipedia):

The Kübler-Ross model, commonly known as The Five Stages of Grief, includes denial, anger, bargaining, depression, and acceptance. In no defined sequence, most of these stages occur when a person is faced with the reality of their impending death and applies to survivors of a loved one’s death as well. The hypothesis was introduced by Elisabeth Kübler-Ross in 1969 in her book On Death and Dying, which was inspired by her work with terminally ill patients. Kübler-Ross was inspired by the lack of curriculum in medical schools that addressed death and dying, so she started a project about death when she became an instructor at the University of Chicago medical school. This evolved into a series of seminars; those interviews, along with her previous research, led to her book. Her work revolutionized how the medical field took care of the terminally ill. Her five stages of grief have now become widely accepted.

Have you ever been in such a situation?