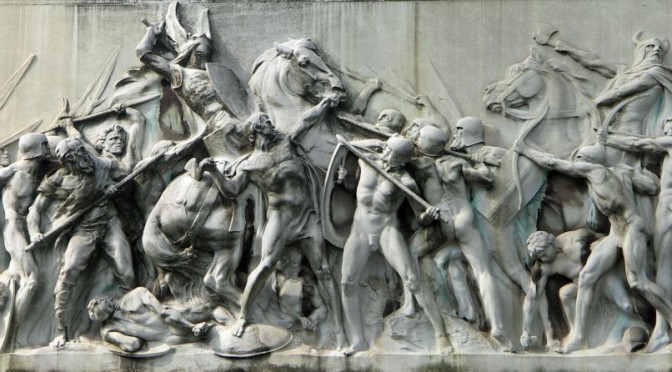 With the present (or has it always been like this in Mankind’s history?) chaotic state of the World, we all try to look for Rules that we can live by; that which may bring some sanity to the madness we face everyday.
What follows is largely from the material contained in Carl Sagan’s “The Rules of the Game” in his book “Billions and Billions”.

Most of us can relate to the Golden Rule, “Do unto others as you would have others do unto you”.
However, Confucius debunked the Golden Rule. He asked, “Shall the Masochist inflict pain on his neighbour?” and other similar questions that exposed the weakness of this rule in that it does not take into account human differences.

The Silver Rule, “Do not do unto others what you would not have them do unto you”, is more realistic and among the famous practioners of this Silver Rule were Gandhi and Martin Luther King, Jr. The nonviolent civil disobedience based on this rule helped to create significant change in India (Gandhi) and USA (Martin Luther King).

For a world in conflict,

I propose embracing BOTH the Golden and Silver Rules. Whatever action one does, it must not be in conflict with either one of these two rules taken together. I wonder if there is a Gold+Silver alloy and what that is called? Moreover, the concept of Good or Bad does not come into the picture at all…both rules actually appeal to the conscience of the Self, and is independendent of judgemental good/bad perception.

Just for interest sake, Carl Sagan went on to describe other rules. He attributed the Brass Rule, “Do unto others as they do unto you” to Confucius who said, “Repay kindness with kindness but evil with justice”. This is same as “An eye for an eye, a tooth for a tooth”.

Then there is the Iron Rule, “Do unto others as you like before they do it to you”. Apparently this is the tacit credo of many powerful people!

The next rule, “Suck up to those above you and abuse those below” is actually the Golden Rule for superiors and the Iron Rule for the inferiors. Carl Sagan coined this as the Tin Rule.

Finally, the Nepotism Rule states, “Give precedence in all things to close relatives and do as you like to others”. Carl Sagan quipped that evolutionary biologists call this “kin selection“.

I hope you will find a suitable rule to live by. Looking at the chaotic state of the Middle East, I believe they must be practising the “Tit-for-Tat” Rule; “Cooperate with others first, then do unto them as they do unto you”. The problem is, “Do two wrongs make one right?”, asked Carl Sagan.